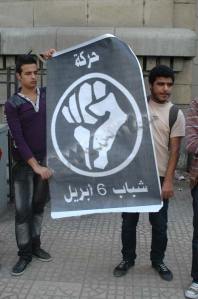 Bangkok, Thailand April 15, 2011 – As American bombs rain down upon Libya on the premise that Qaddafi was brutalizing indigenous pro-democratic demonstrators, the accusing fingers of Libya, Iran, China, Syria, Belarus, and a growing number of other nations are pointing at Washington for funding and plotting regime change against their respective governments. Either in an act of absolute hubris or to spin emerging evidence that the US indeed has been funding and preparing the ground for the “Arab Spring” for years, New York Times has recently published “U.S. Groups Helped Nurture Arab Uprisings.“

Essentially throwing these activists under the bus, New York Times exposes that the April 6 Youth Movement in Egypt, the Bahrain Center for Human Rights, and Entsar Qadhi of Yemen amongst others, received training and financing from the International Republican Institute, the National Democratic Institute, and the Neo-Conservative lined Freedom House.

The New York Times goes on to explain that these organizations are in turn funded by the National Endowment for Democracy which receives 100 million USD from Congress while Freedom House receives most of its money from the US State Department. While the New York Times asserts “no one doubts that the Arab uprisings are home grown,” leaders of groups now admittedly funded and trained by the US are anything but “home grown.” The most prominent example is the April 6 Movement of Egypt led by Mohamed ElBaradei of the International Crisis Group. ElBaradei sitting along side George Soros, Kenneth Adelman, Wesley Clark, and Zbigniew Brzezinski, within a US foreign policy think-tank engenders a considerable amount of “doubt.”

Also conceding involvement is the Project on Middle East Democracy (POMED), chaired by various Council on Foreign Relations and Brookings Institute alumni. POMED claims that they helped protesters develop skills and to network. Such training has taken place annually under Movements.org starting in 2008 where Egypt’s April 6 movement among many others, learned techniques to subvert their government. Movements.org of course is sponsored by a conglomerate of corporations and government agencies including the US State Department, Google, MTV, the Edelman public relations firm, Facebook, CBS News, MSNBC, Pepsi, and others. Despite the claim that such meddling is “promoting democracy,” looking at the sponsors and war mongering interests involved in this operation, it appears to be more about promoting global military and economic hegemony.

The role of NGOs and the so called “civil society” used to support the unrest is also included in the New York Times piece, as well as the displeasure expressed by Arab leaders berating the US for meddling in their internal affairs. Such accusations have now reach a crescendo with China, Iran, Syria, and Belarus making similar claims.

The New York Times piece ends by describing cables indicating that many activists who became aware of US involvement in funding and directing the movements became disenfranchised. Such activists were “ousted.” Training was conducted outside of target countries, including in Jordan, Morocco, Serbia, and the United States. What the New York Times omits are the similar connections and involvements corporate special interests hand in steering human rights organizations in support of these operations as well. Such organizations had amply laid the rhetorical groundwork needed to justify the ever expanding war in Libya.

Of course, one needs only remember the feigned ignorance exhibited by the US State Department, Hillary Clinton, and Barack Obama, along with the litany of lies purveyed by the mainstream media to see a disingenuous plot in motion. This is because everyone from the US State Department and the corporate owned media had been involved, for years, preparing to bring the “Arab Spring” to fruition. With open admissions now being made by a global corporate-financier mouthpiece like the New York Times, one must consider the serious implications of what may come next.

Surely this information is going to incite a counterrevolution. In Egypt, suspicion over Mohamed ElBaradei has already seen the interloping globocrat pelted with rocks and his agenda derailed. Many activists truly believed in their cause and risked their lives for the idea that they were fighting not only their own corrupt dictatorships, but the West as well who had been propping them up for years. Such a perception was exasperated during the early stages of the of the uprisings with the West lavishing support on embattled regimes in order to maximize the disenfranchisement of the people. With ongoing operations to seize Libya by force, and to see through similar US backed uprisings in Syria, Yemen, Iran, and even as far as Thailand and China, it will be interesting indeed to see how nation-states tailor their response to what is now clearly foreign funded subversion.

In what manner this realization will manifest itself is not certain. However, it would be wise for activists, pundits, politicians, and concerned citizens genuinely interested in truth, to think very carefully before making their next move. As George Bush had once attempted to say, “fool me once, shame on you, fool me twice, shame on me. “

Ultimately, and upon examining the architects behind this global gambit of deceptive destabilization, we must look past the puppet politicians and the disingenuous liars that presume to give us “the news.” We must see the global corporate-financier empire as the source of the problem and its removal and replacement as the solution.

For ways to battle the globalists by achieving self-sufficiency and freedom through independence please read on:

Boycotting: One Corporation at a time
Self-Sufficiency
Alternative Economics
The Lost Key to Real Revolution
Boycott the Globalists
Naming Names: Your Real Government

Covering geopolitics from a Southeast Asia perspective.
View all posts by landdestroyer →
This entry was posted in color revolutions, Globalists, middle east, propaganda. Bookmark the permalink.
%d bloggers like this: